We get a small commission from any books sold.
All Bitmap Books
Written by
Chris Pickering — January 5, 2007

Whenever a game comes along that challenges the standard genre conventions, it inevitably creates debate about whether it's a 'true adventure', and usually the answer depends on how far one's personal boundaries extend. Pathologic is just such a game, and sure to inspire all the usual arguments. Whatever direction you're swaying with that particular question, it's plainly obvious to anyone with even the slightest knowledge of this particular title that it doesn't exactly slip in neatly alongside the likes of Monkey Island and Space Quest. Nevertheless, Pathologic contains a number of adventure-like qualities sure to appeal to genre fans, and manages to take a few giant leaps forward with more than a few of them, though not without a few backwards in the process.

Pathologic begins with a particularly eerie opening sequence. Set to some delightfully atmospheric music, a group of four children slowly make their way along a stone pathway, the youngest of whom is carrying what appears to be an old teddy bear. A hole is dug, and the bear dropped into his final resting place before the four make their not-so-merry way back from whence they came. An intriguing opening, but it did summon up the first of the many technical problems in this particular game. Although the graphics on screen trundled along at a quite steady pace -- even on a sub-par PC system -- the musical accompaniment took great delight in skipping and missing the odd beat here and there. Never a good start. 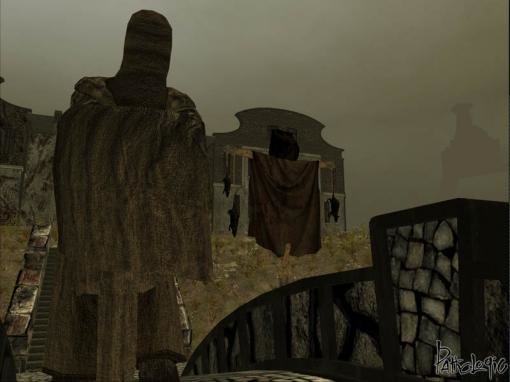 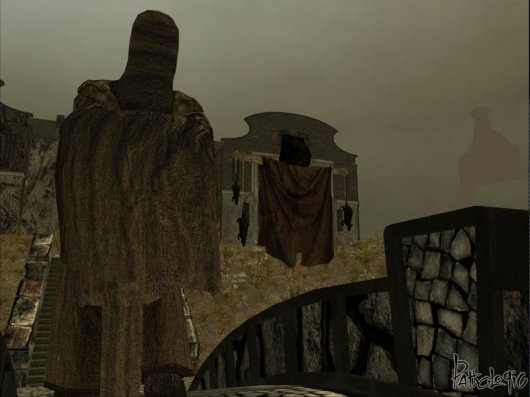 This introductory sequence also sets up the many (and I do mean many) visual failings that plague Pathologic throughout the entire game. In terms of artistic design, the various environments in this diseased (we'll get onto that shortly) world are of the highest quality, but the technical graphic display on show isn't too far off from an average-looking title back at the turn of the millennium. Rendered in real-time 3D and using the free-roaming first-person viewpoint that's still rarely used in adventure titles, Pathologic offers up the kind of visual allure that even a poor chap that's been hidden in a cave for the last decade might feel a bit put upon to stare at for too long, at least in terms of texture. And compounding this stupendously low quality to the visuals, there's a dense 'fog' engulfing the entire city, allowing you to see mere metres in front of you. Fortunately, this fog actually works to create a claustrophobic, foreboding atmosphere that benefits the game.

In a sort game-within-a-game concept, you begin Pathologic by choosing one of three characters, though the third can only be unlocked upon successful completion of the full game with either of the first two. The premise established in a truly bizarre opening is that you (the player) are entering a simulator designed to test decision-making during a horrific event -- in this case, a deadly plague. Each of the characters possesses their own specific qualities and drawbacks, but instead of the traditional character archetypes that we're usually offered, these three are simply individuals with differing reputations and needs to go with their rather unique backgrounds and medical abilities.

No matter which character you select, you'll soon find yourself arriving in a desolate, desperate town. It becomes immediately obvious that there's something not quite right in your new vicinity. Not only is the disease engulfing the city causing the regular inhabitants to perish, but it's causing the city itself to decay. Buildings disintegrate, becoming covered in blisters and sores, and despite the lack of technical visual quality, it manages to look remarkably eerie and engrossing. As time progresses, dead bodies litter the streets, with rats rushing to and fro witnessing the feast they'll soon be able to devour. It's all intentionally and effectively disturbing without resorting to anything overly gory as in the Silent Hill series, but there is absolutely nothing sanitized in Pathologic, either literally or figuratively. The game solidly adheres to its "Mature" rating throughout. 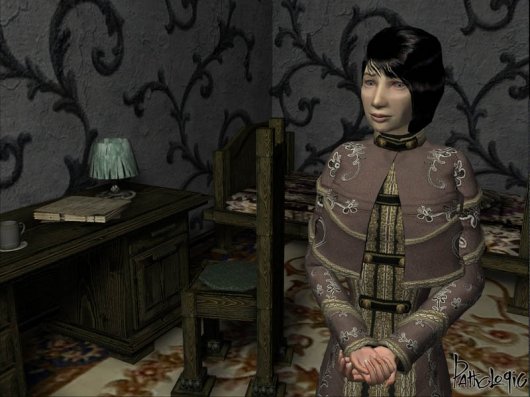 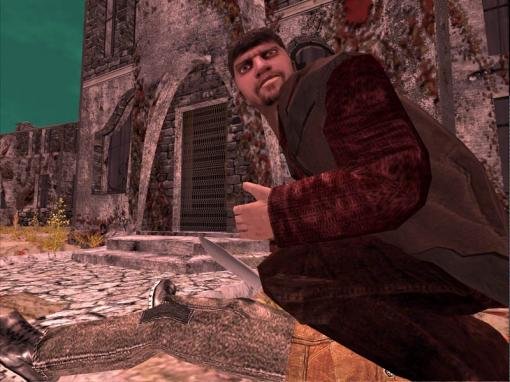 Time progresses in a simulated real-time, with a game day passing in a couple of actual hours, and you'll need to maximise the time you have available to you if you wish to learn enough about what's plaguing this city. If you're not there to witness an important event, then tough. It'll play out despite your lack of knowledge. Thankfully dead ends are restricted to a mere few, and you'd have to be pretty daft to end up entirely stuck with nowhere else to go. But you can miss out on a huge chunk of the backstory if you're not careful, plus miss a few invigorating side quests that'll keep you busy.

With a mere twelve days to succeed in your overall goal, you're told that you need to ensure the safety of ten specific "Adherents". Why exactly these particular characters must survive becomes understood as the game progresses, but letting even one of them perish makes the game immediately come to an end. 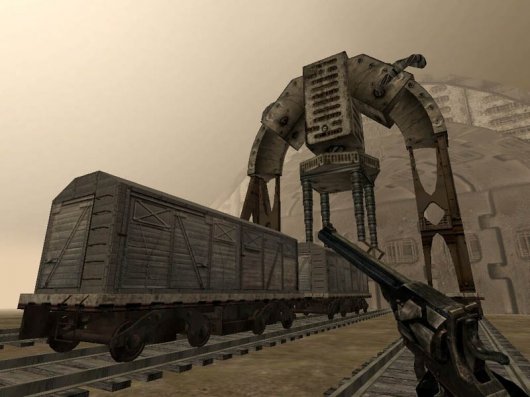 Unlike many adventures, Pathologic presents a consistently evolving world, with the population continuing to go about their business whether you're there or not. You're going to do a lot of chatting to those who wander the streets, but you'll always know just who happens to be integral to the story -- and your eventual escape and knowledge of what’s truly happening -- by a real-world photo that accompanies them during dialogue. The non-vital (though not entirely unimportant) characters are represented by a mere rag doll image.

Besides the Adherents and the many regular citizens of the town, there are a total of 17 more reasonably important characters who'll help you understand more of what's going on in exchange for making on a few time-consuming (and tedious in most cases) side quests. Think of your typical fetch and carry tasks and you're just about there. 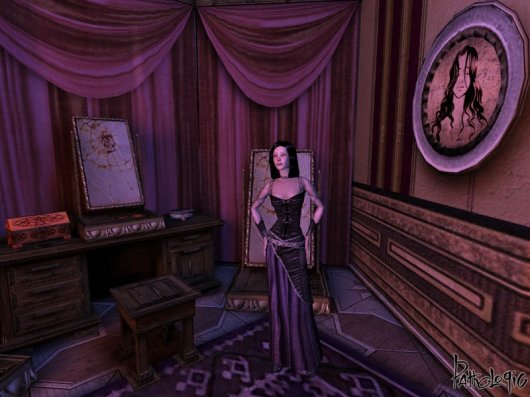 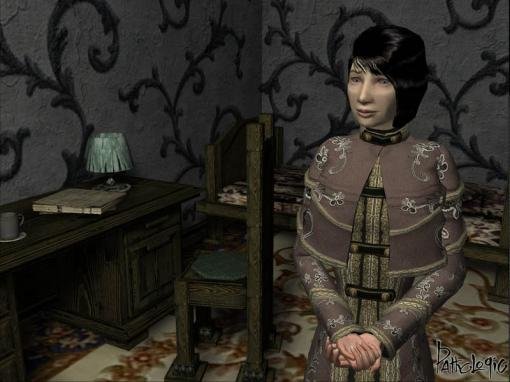 The gameplay in Pathologic is certainly different from any kind of traditional adventure, and actually plays much more like the RPG Elder Scrolls IV: Oblivion, albeit a slower-paced, less brutal version of Oblivion. Using the keyboard and mouse to venture around the maze-like city, you'll encounter characters you can chat to, items to pick up, and actions to initiate via a swift click of a mouse button. Control-wise there's little, if anything, to criticise, though of course it will require an adjustment period for those more used to the point-and-click variety.

Fighting does occasionally occur, and it is essential at points to kill off a certain character in order to progress. Here again, the game plays out in much the same manner as a slightly uglier looking version of Oblivion, clicking on your opponents in real time while grasping your weapon in your hands. Nothing overly inventive, but neither is it unwieldy nor tedious. Other than these important bouts, combat can be avoided in its entirety as long as you keep yourself on the straight and narrow. Breaking into someone's home and allowing yourself to be discovered in the act will, unsurprisingly, encourage them to kick your thieving little behind. Keeping out of harm's way during one of these break-ins is as easy as holding the stealth button, however, and the character AI will handily allow you to wander wherever you please without the occupants becoming remotely aware of your existence in most cases. This fact certainly doesn't help with the believability of the game world, of course, but it does make the game much more forgiving.

What our readers think of Pathologic