We get a small commission from any books sold.
All Bitmap Books
Written by
Kim Wild — September 25, 2006

There are times in life when we come across games that are by no means traditional adventures, but contain so many noteworthy genre characteristics that we're challenged to look outside our usual borders and follow adventure where it leads. One such title is the recently released Mr. Smoozles Goes Nutso, an arcade-style game that is so full of puzzles, exploration, and other adventuring goodness that it is worth consideration not only for genre fans, but anyone that just appreciates good old fashioned fun.

For those that haven't encountered Mr. Smoozles before, the deranged cat is part of an online comic strip created by Steve Ince, who is better known by adventure fans for his work with Revolution Software on games like the Broken Sword series. Other characters such as fellow felines Ed and Pepper along with Grik the alien make frequent appearances. Mr. Smoozles Goes Nutso is a game with a new storyline featuring all the characters fans have come to know and love in the comic strips, along with a few new ones to boot. In the game, the Goragons, an out-of-control alien race, have escaped from their prison and invaded Earth with their Reality Wave, hoping to change it to their own nefarious desires. In the process, they have zapped Mr. Smoozles with a ray blast, causing him to go more crazy than normal, intent on blowing up the hapless Ed with his machine gun. If this wasn't enough, Ed's friends have been teleported into a prison, leaving it up to the blue cat to save the world and his friends, and prevent Mr. Smoozles from losing his mind completely.

As you might expect from a game based on a comic, the visuals consist of 2D animation and backgrounds, which have a polished presentation. The game uses an overhead, third-person perspective, so dodgy camera angles are never an issue. Framed comic strips on the walls are a nice touch throughout the game's environments. All dialogue is expressed through text, and dialogue boxes are presented in a similar way to the comic strips -- a rectangular area with the character's image pictured so you always know who is talking, and a speech bubble for the actual dialogue. There aren't any cutscenes as such, merely conversations held between characters at certain areas. 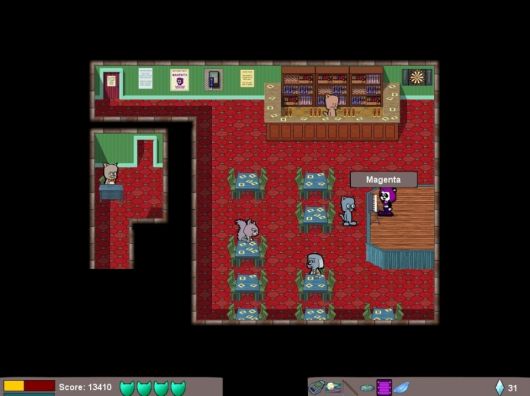 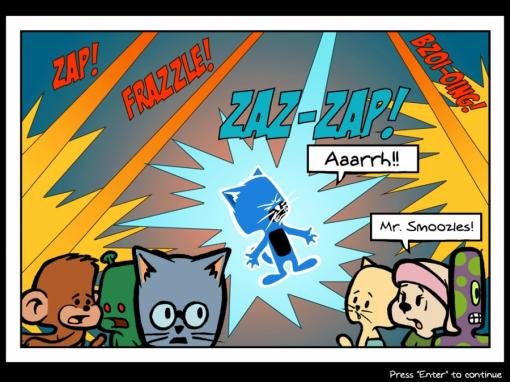 The soundtrack by Josh Winiberg, a professional composer and pianist who has released several solo piano albums, really suits the game and adds to the atmosphere, whether it's a moment of danger for Ed or an important conversation between other characters. The variety of pieces, from slow jazz-like tempos to frantic, speedy numbers, means that the music rarely gets predictable.

Aside from its stylish look, what stands out is the simplicity of the control system. Many titles aimed at the so-called casual market contend that "real" games lack the accessibility required to attract a larger audience, yet Mr. Smoozles has such an easy-to-use control system that anyone can play, regardless of age or genre preference. Movement of Ed is done with the arrow keys, while ENTER allows you to talk to characters, activate switches and use necessary items, and CTRL gives a description of items and characters. At times you'll have to use additional keys to teleport or to activate a mine. Any required object can be picked up simply by walking over them, or they are given to you automatically when a particular quest or puzzle has been solved. And when an item you possess is needed for an interaction, it is brought up automatically, so you never need to access an inventory manually. The game also includes various difficulty levels to suit each gamer's preferences. The Easy option makes the arcade elements less difficult for those unaccustomed to action games, while additional adventure clues can be selected by those who need help with the puzzle side of things. 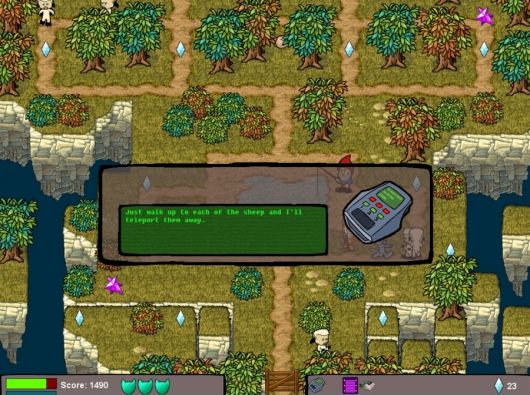 To begin with, the gameplay seems very predictable and arcade-like in nature. Rips in reality have formed, and these can only be sealed by collecting a Vortex Core inside a maze, and then collecting enough Vortex fragments scattered across the areas to fill it up. But before Ed can accomplish this, he has to collect a number of reality shards to enable the Reality Activator. These sections are very reminiscent of Pac-Man mazes, particularly with Mr. Smoozles patrolling the same maze in search of you, armed with his machine gun. Ed has a series of lives and an energy bar which can be boosted with certain actions, and more lives can be collected across the levels. Losing all of your lives isn't too drastic, as continuing just restarts you from the beginning of the screen, but it's something that may annoy pure adventure devotees. The game can be saved at any point, which is always a useful option to have available.

Other arcade-style elements include dodging moving mines in factories and avoiding killer robots, but mostly you'll be trying to avoid Mr. Smoozles. This is a regular threat throughout the game, and at times can be irritating when you are just trying to reach another place. Fortunately, although you will have these aspects to deal with throughout the game (sealing up breaks in reality and collecting shards/fragments is a common theme), gameplay becomes more in-depth as you progress, and puzzles become more of a frequent occurrence. Despite there being both adventure and arcade elements in the game, the two complement each other and are integrated well into the storyline so they never feel out of place. Exploration and examination of objects reveals different things that Ed needs to do. For example, in order to open a door, you need to pick up a colour-coded key, which in turn can only be collected once the power has been shut down, etc. Items that can be used in some way twinkle with stars, so you never have to worry about missing anything. 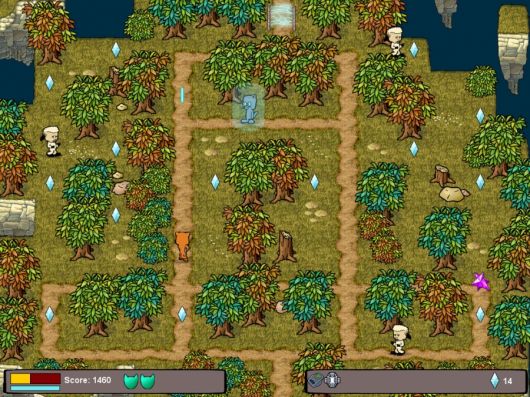 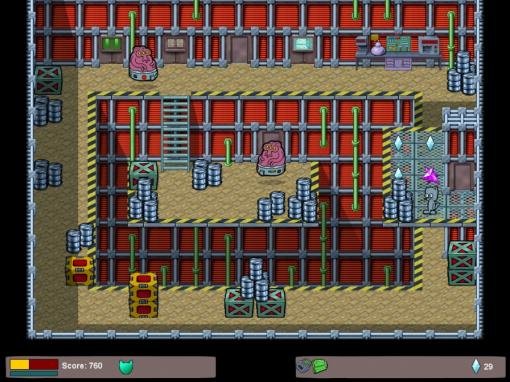 Key objectives can be accessed at an info panel, so you always know what you are supposed to be aiming for. Puzzles become increasingly more difficult, and although a few areas had me stumped for a while, it was always down to something I had forgotten rather than any illogic of the game design. Every completed action nets you a score which is noted upon reaching the end of the game, which should come somewhere between eight to ten hours after you begin.

You'll spend a lot of time interacting with other characters, and this gives the game its personality. Sometimes characters need items before they will offer information, while others give you clues on what to do next. Although not interactive, dialogue is witty and entertaining to read, and while each segment can be skipped with a keystroke, the first time playing, you certainly wouldn't want to. The game is not afraid to laugh at itself, and is all the more entertaining for that. Hidden references to Revolution's adventure games are sure to bring a smile to any adventure gamer's face. Aside from the comic strip characters, you'll also come across the Smoos, a race looking similar to Mr. Smoozles, minus ears, as well as alien creatures and eventually the Goragons themselves.

Mr. Smoozles Goes Nutso is a genuinely lighthearted, entertaining arcade-adventure brimming with personality and easy to play without being a walkover. It's too much of a stretch to call this an "adventure" in any sort of conventional sense, and for those that really can't abide any form of action in their adventures, this title may not be for you. Most adventure fans, however, can expect a fresh and witty experience that is thoroughly worth the purchase price of $19.99 USD. For those interested in trying out the game, you can download the trial version at 720 Games, which offers a purchase option to unlock the complete title. At a 15MB download, it's even manageable for those of us still stuck on dial-up, so do yourself a favour and check it out for yourself.

What our readers think of Mr. Smoozles Goes Nutso