We get a small commission from any books sold.
All Bitmap Books
Written by
Heidi Fournier — August 18, 2006

Nancy Drew: Danger By Design is the fourteenth game in the Nancy Drew series. Whew! That is a lot of adventures! We all know that Nancy seems to have a flair for finding mysteries and solving tough cases. It's a talent we have enjoyed sharing with her over the last few years, but with her newest game, it seems Nancy might be getting a little tired.

Not Nancy herself, as she is eternally young and spunky, but sadly the series is starting to feel rote. There are a number of times in Danger by Design when puzzles or situations appear to just be reconfigurations of puzzles and situations from other Nancy Drew games. And while consistency and familiarity is part of the series' appeal, too much of anything can begin to wear out its welcome. Case in point: in almost every Nancy Drew game I have played, there has been some sort of slider puzzle that has to be solved in order to open a special box, and this game is no different. Meanwhile, the last big event in each game has always been timed, so there was no surprise when it happened again in Danger by Design. And this being Nancy Drew, you just know you are going to have to use the telephone. Whether to call for help from her pals Bess and George, or to check out leads, it doesn't matter -- Nancy Drew, like most teenage girls, just loves to be on the phone.

This doesn't mean that Danger by Design is a bad game. I still really enjoyed all the things in this game that have made this series so much fun in the past. I like that there are several eccentric and flighty characters to interact with, and the voice work for these characters is done to a high degree of quality. I like that the games use primarily ambient sounds rather than an annoying looped soundtrack. But even these things could not eliminate the been-here-done-that feeling in this game. Sadly, Detectives, there is not much new here. In Secret of the Old Clock Nancy got to fly around town in a new cool roadster. I liked that addition. It took a bit to get your head around how to drive it, but once you figured it out you were on your way, hair metaphorically steaming in the wind. There is nothing new in Danger by Design. 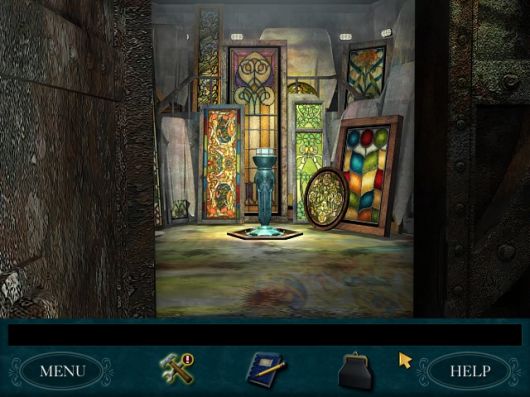 But what is the game all about, you ask? It seems that a renowned fashion designer, Minette, has taken to wearing a mask at all times while acting increasingly unstable, and her backers are starting to get concerned that she will not be ready for her next show. Nancy is asked to go to Paris to see if she can find out what is behind Minette's strange behaviour, and whether she will be on time with her new designs. But this being a Nancy Drew game, nothing is as simple as it appears. It doesn't take long for Nancy to find out that the old Moulin (windmill) that is Minette's workshop used to belong to a woman who was accused of helping the Germans when they occupied France during the Second World War. Rumour has it that she might have hidden treasure in the Moulin, but Nancy will have to do a lot more exploring and learn a lot more history before she can prove that rumour right or wrong.

The story also has a not-so-subtle underlying sub-text. You see, Minette designs clothes for plus-sized women. One of her models seems to be bizarrely addicted to making cookies (that is all we see her do, morning, noon, and night), and she even professes to being a perfect size 12. Still another character makes a few overt jabs at the evils of plastic surgery. What do all these things have in common? You guessed it. I am not sure they shouldn't have called this game "Nancy Drew: Girlfriend, Love the Size You Are!" I am all for positive messages, but I felt a lot of influence the game was trying to exercise came across as ham-handed.

But if the moral of the story is handled rather awkwardly, the same can't be said about about its educational component. As with previous Nancy Drew games, there is a well-developed plot for Nancy to uncover. Danger by Design provides the player with a great deal of historical information regarding the occupation of France during World War II. For some Junior Detectives, this may be all new. Luckily, most of the words and terms used (collaborator, resistance) are explained during the game. Although it's obviously a little bit of a history lesson, it is dispersed throughout the game in an unassuming way. There is certainly nothing wrong with having fun and learning a little at the same time. 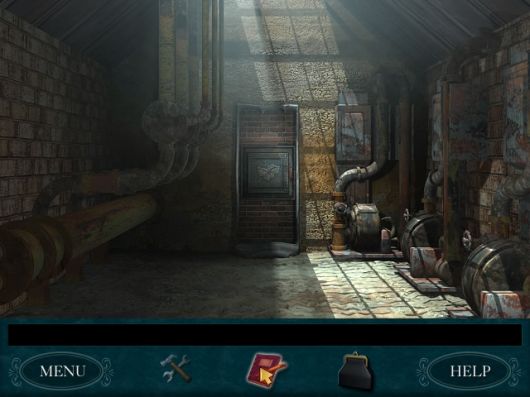 Along the way, there are plenty of different types of puzzles Nancy encounters to please most Senior and Junior Detectives, depending on one's standard choice of difficulty settings. Some puzzles are very simple, while others will require copious note taking. Designing puzzles to suit the personal tastes of a large audience is an almost impossible task, as some players loathe easy puzzles while others feel the same way about difficult ones. Fortunately, Danger by Design should have enough variety to please most everyone. I was a little concerned that younger players may experience some trouble with the code puzzles, many of which require the use of Roman Numerals that they might not be familiar with. Parents, you may need to help your Junior Detective at these parts. However, one thing that will stymie both Junior and Senior Detectives is the water maze. Expect to spend a great deal of time mapping it out. Sure, you may just get lucky, but the maze is quite extensive, and since it requires Nancy to be underwater, it is timed. Save before beginning this section; bring your patience cap, paper and a good pen. While not a difficult puzzle overall, persistence and fortitude will be needed to complete it.

Danger by Design is full of standalone minigames, as well as some others that are timed, besides the end sequence and maze. As in other Nancy Drew games, there is a lot of running around to do. Nancy is nothing if not a dedicated gopher to her cause. Like in Secrets of the Old Clock, Nancy has to do a number of errands. Some of these are a little boring, like one where Nancy needs to pick up objects from a flea market that will inspire Minette with their shape. Unfortunately, the objects to be bought are not as apparent as one would like, leading to some time (and money) consuming trial and error. There are also a number of routines: making a complex tea, designing for a client, decoding messages that require a good deal of reading, and note taking and extrapolation. Some players will love these activities, while others will find them dreary make-work projects. While many of the minigames and puzzles are enjoyable, at times they don't seem properly balanced with the number of chores. None of them are really out of place in the game, but none of them are really original, either. More focus on creative puzzles and less on mix-this, mix-that or go-fetch types of challenges would have made this a much stronger game.

As said earlier, the game eschews a looped soundtrack for mostly ambient sounds. This tends to create a more authentic feeling and mood for the various game environments, which include the Paris Catacombs and Pont Neuf Park, as well as the Moulin, Nancy's apartment, and a local café. Sadly, Nancy doesn't get to visit the Eiffel Tower or other famous Paris attractions. In each location, the sound is unobtrusive, working subtly on the senses, not overpowering the player. Sound should add to the overall feeling of immersion in the game and Danger by Design does this ably. 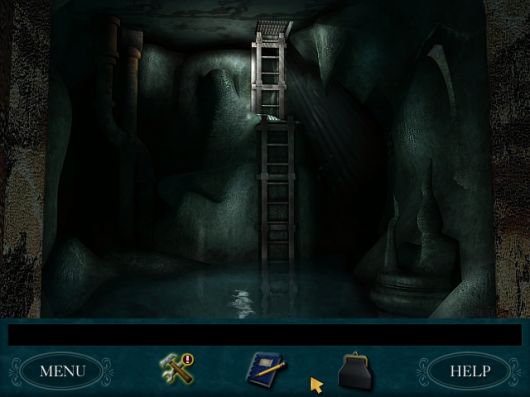 While the Nancy Drew series has never been known for stunning graphics, they are certainly adequate, and the same is true here. Though the scenery and characters might not be photorealistic, the graphics are always sharp and vibrant in Danger by Design. I love the fact that these games use a generous dollop of colour in their environments, and the latest entry is no different. Like the previous games, the new offering allows 180-degree panning that moves at a good speed. So while she may only be able to move from node to node in the four cardinal directions, Nancy can still take a good look around at her surroundings.

The voice work, as usual, is well done. I wasn't totally buying Minette's ex's German accent, but with a name like Dieter Schwesterkrank, this fashion photographer had my attention. You see, Dieter may or may not be the object of affection for Minette's assistant, Heather McKay, who just might be trying to drive Minette crazy in an attempt to seize power for herself. But then Minette's model, JJ Ling, may or may not be trying to feed Nancy to death. We are just never sure of anyone's motivations with this cast of kooky characters. But eccentricities aside, the tone and inflection used by the voice actors does enhance the dialogue and make these people interesting company. Conversation in Danger by Design, like in other Nancy Drew games, is also a step above. Some games have repetitive and uninspired dialogue trees, so heavily-peppered with clichés that nothing discussed comes as a shock. If only all games gave as much time and thought to this crucial area of design. While some of the dialogue in this game deals with the history of the French Occupation, it is done in such a way that Detectives who may already have an understanding of this time period can cruise through only the dialogue they need, while those who require more information can ask additional questions.

Ultimately, Danger by Design seems a little more preoccupied with delivering what has worked in the past than trying to break new ground creatively. The Nancy Drew games are conservatively budgeted titles that are not meant to compete with high end games like Myst; nor is that their market. But their market is made up of a significant number of repeat customers, and those will find that Danger by Design is not going to provide anything new or particularly challenging this time around. While that still leaves all the things that are consistently enjoyable in the series, it also tends to create a strange feeling of déjà vu. I suspect it will take the average gamer approximately twelve hours to play through the game. This is once again good value for a game that can be played on the average PC and retails for less than most kids' toys, but it just hasn't quite lived up to the quality of the better Nancy Drew games in the past.

Still a solid game, but the venerable series is starting to show its age by recycling many elements.

What our readers think of Nancy Drew: Danger by Design 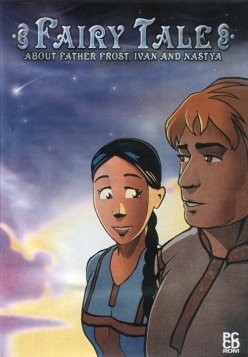