We get a small commission from any books sold.
All Bitmap Books
Written by
Rob Michaud — May 24, 2006

The concept of serialization continues to be a tricky subject amongst gamers. With all of the things going on in our daily lives, very few of us have the time to slog through a twenty hour adventure game, and there's nothing worse than getting halfway through and realizing that you've wasted your hard earned cash and time on a stinker. So on one hand, the idea of playing games in bite-sized chunks for a small amount of money is a good one. If you don't like the story then you don't have to pay more, and there's very little time wasted. And if you're a fan then there's hopefully another chapter right around the corner. But therein lies the problem. Like the television program that ends its season on a cliffhanger and then never comes back, many serialized games never reach their conclusion. And so people are leery of spending money on the games, and because of that the games don't have money to continue, and it all turns into a vicious circle.

Luckily there has been a turnaround over the past year or so with the release of downloadable episodic content for mainstream games such as Half-Life 2 and Neverwinter Nights. In the adventure genre, the emergence of the Bone series has garnered much attention lately, perhaps proving that gamers are finally ready to embrace this style of gaming. But ahead of all these newcomers and still standing strong from 2003 is the AGON series by Private Moon Studios. And while development has taken longer than originally anticipated, three chapters of this episodic series are now complete, with the fourth instalment of the game well into production. Lost Sword of Toledo promises to be the longest and most complex episode yet, and with its release scheduled for later this year, the series shows no signs of stopping.

In order to introduce the series to those who might be unaware of it, as well as entice those who avoid digital distribution and tide over existing fans, Private Moon has released the first three games in a bundled collection called AGON: The Mysterious Codex. And while the only real benefit to those who already own the original downloaded versions of these games is the chance to have them on CD, the Codex is definitely a treat for newcomers. 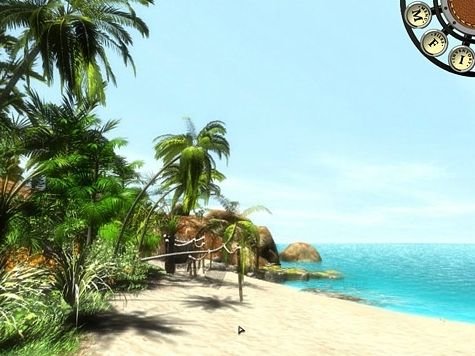 For those unfamiliar with the story, you play the games as Professor Samuel Hunt, who works at the British Museum in the early 1900s. Receiving a letter that references an ancient board game, Samuel sets off to find clues to the origin of the game, and eventually the game itself. By the end, the series will span fourteen chapters as Samuel travels the globe to unravel the mystery of AGON, the ultimate board game. In the process, he must locate twelve local board games that will lead him further towards his final goal.

London Scene introduces our protagonist and sets up the series, as Hunt finds that the first clues he is looking for are right under his nose in the museum. So he must decipher the letter he's received and plan his next steps. In Adventures in Lapland, Samuel is off to the frozen Finnish province in search of his next set of clues. And of course finding these clues involves solving a series of puzzles in order to determine where he is to head next. Then in Pirates of Madagascar, Hunt, believing the game to be in the hands of pirates, must hunt down their treasure in the hopes of finding his own reward.

Unlike many other genres, adventure games live and die by their stories, and Private Moon definitely knows this. The overarching story is one that we haven't heard before, and while the series promises to have an epic payoff for those who stick with it over its fourteen chapters, each portion of the story can be easily digested as a standalone tale. 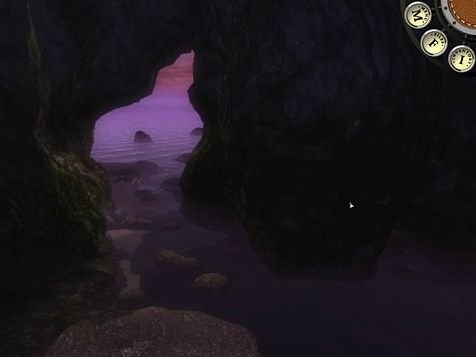 One great thing about serialized games is watching the developers grow over a period of time, and seeing their material grow stronger as the series goes on. AGON is great example of this, especially in its handling of graphics and cutscenes. The series started on a high note, with great background graphics and environments that truly looked lived-in. But the in-game conversations had issues, with stiff characters and some synching issues. The second chapter was graphically on par with the first, but with added particle effects and much more lifelike conversational sequences. And in Pirates, the team took it to the next level visually, with lush graphics and cutscenes that need to be seen to be believed. However, in all three games there are some dark areas, so be prepared to crank up the brightness on your monitor to avoid missing important clues.

Music and sound effects are handled beautifully throughout all three chapters, with ambient sounds bringing you into the game's world, and music blending into the background before lending a dramatic air when and where it's necessary.

When it came to voicing the characters that bring AGON to life, Private Moon took things a step further than many developers, hiring talented actors to play their parts and giving them proper direction, lending a great sense of authenticity to the games. As I mentioned in my first review, that's something that I wish more companies would make an effort to do. 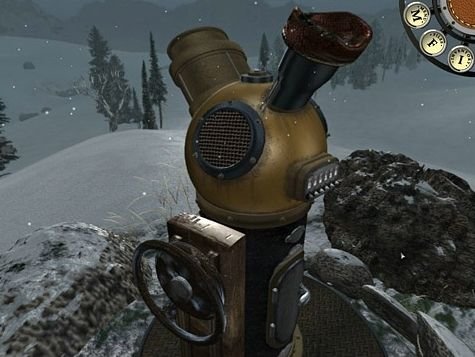 Navigation is handled through a first-person, Myst-style interface, allowing you to rotate the view of your location before highlighting points of interest or to talk to characters. This seems to be a love-it-or-hate-it style of navigation, but it works well for AGON, and all three episodes share the same scheme.

Puzzles can be difficult in all three chapters, but for the most part they are fair, aside from some instances of pixel hunting. True to the nature of the story, while hunting for AGON, Hunt will have to solve many puzzles, from inventory to your standard "flip a lever" style, with plenty of clue gathering and logic challenges as well. At the end of each chapter, Hunt is required to win an obscure but real cultural board game in order to gain the final clues to move on to the next chapter. Once the board game has been beaten, you will have the option of playing it as a standalone game from the main menu.

One thing that may keep people from enjoying the games as much as they could is the inclusion of mazes in the second and third chapters. While the maze in the third chapter is more of an auditory puzzle, most developers now seem to acknowledge that mazes are an overused and unpopular activity, so this is something that could be done away with from AGON without being at all missed. 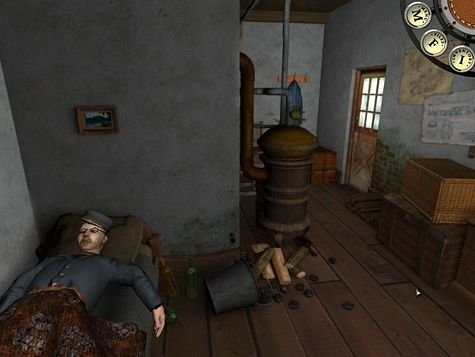 The first two chapters are rather short, weighing in at around four to five hours each, and the third comes in at around five to seven hours. Demos of all three chapters can be downloaded from the AGON website. If you're still not sold on the series, you can always opt to download an individual episode for $10 USD. The only way to have the games on physical media, however, is to purchase the Codex version, which is published by Viva Media in North America and sold in most retail outlets.

This is a series that started out strong, and continues to get better with each successive chapter. If you're already a fan, then you know exactly how good AGON can be. And if you haven't given the series a shot yet, then it's definitely worth your time to check out The Mysterious Codex. Episodic gaming is here to stay, and as one of its pioneers, AGON is still alive and kicking, and well worth supporting to its conclusion.

Perhaps the Codex will finally bring an unheralded series the attention it deserves. There's no new content, but those unfamiliar with the series should definitely give this release a closer look.

GAME INFO AGON: The Mysterious Codex is an adventure game by Private Moon Studios for Mac and PC. It has a Illustrated realism style and is played in a First-Person perspective.

What our readers think of AGON: The Mysterious Codex