We get a small commission from any books sold.
All Bitmap Books
Written by
Kim Wild — January 3, 2006

Ever since its release two years ago, Samorost has become a cult classic amongst adventure gamers. The original free online Flash game has been played by millions, and captured imaginations around the world. Samorost 2 has finally arrived as a shareware title, with part one playable for free from the developer's website and the second part available at the price of $10 (USD). Although the new game is as short as its predecessor, it's a delightful game that is worth sampling all the way through to the end.

For those not yet part of its almost fanatical following, Samorost is a game from Czech developer Amanita Design that is playable online through your Internet browser. Samorost is unapologetic in its simplicity, with no dialogue, no inventory, and just a basic plot -- saving your one-gnome "planet" from collision with another. While many might wonder how a game can be any good without such elements, it's the creativity of the puzzles and the magic of the world you explore that make it stand out. A series of puzzles are solved by interacting with the environment, just with the click of a mouse button.

The sequel follows in very much the same tradition, with no dialogue, inventory, or in-depth storyline to speak of, but filled with enchanting levels and inventive puzzles. As Samorost 2 begins, the little gnome from the original is fast asleep in his house. A pair of aliens land their spaceship in the garden and start to steal the fruit from the trees. After the first small player interaction, the gnome's faithful canine friend runs out to scare the aliens away, only for them to bundle him into their sack and fly him away in their spaceship. It is your job to help the gnome rescue his dog and return home safe and sound. The first (free) section of the game ends with the rescue of the dog, while the second sees you trying to escape from an unknown planet back to your beloved home. 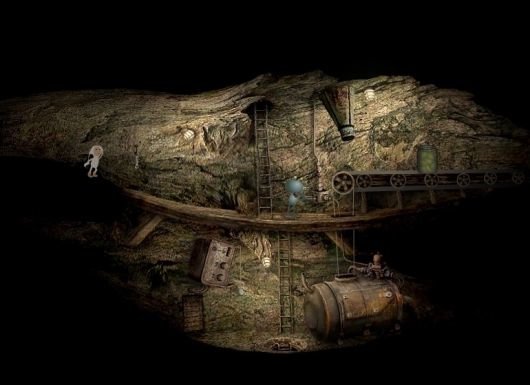 The main character, hooded and dressed in white except for his little boots, is incredibly simple in design, yet surprisingly effective at conveying emotion and helping you identify with his plight. After chasing the aliens in his trusty rocket (also present in the original), we arrive on an alien planet made up of strange creatures that will help or hinder you on your quest in their own way. None of them talk; most just utter the odd sound or an unintelligible language, yet this suits the game's design perfectly.

Far more intricate than the characters are the levels of the world. Not only are they extraordinarily vivid and beautiful to look at, but little touches such as flying butterflies, leaves that wave in an unseen breeze, and cobwebs in the corners of caves really add to the atmosphere. Each scene almost feels alive, like the environment is magically breathing before you and not just a piece of artwork in a videogame. The sheer variety can't be underplayed, with forests, sewers, underground networks, and alien homes being some of the locations you will encounter. Everything oozes charm and the orchestral background music is breathtaking. The soundtrack changes according to the location, from a slow, classical theme to a jazzy, upbeat tempo. In some areas, music is appropriately absent, leaving sound effects like the dripping of water or the clanging of metal to do their job in conveying the scene.

Puzzles are imaginative, though to go into too much detail would spoil the delights that you will uncover. While some are obvious, others require more thought, and yet never do you feel that they are illogical. For example, one involves you having to distract a snail from fixing its shell so you can borrow its hammer, another has you waking up a snoozing robot, and a third involves plugging in a fridge to reveal a hidden entrance. Puzzles are always varied and you never feel that the gameplay is getting predictable. 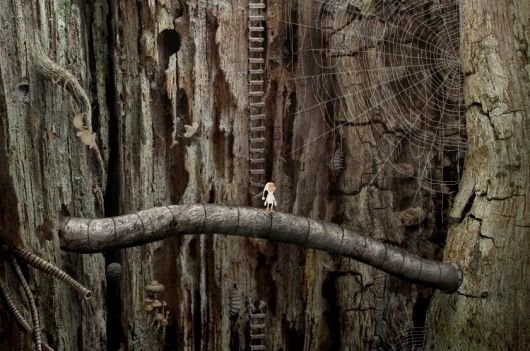 The gameplay itself consists manipulating the environment to help the gnome progress. Items or characters in the environment that can be interacted with in some way turn the cursor into a hand, and once they no longer serve a purpose, they are no longer selectable. This is a nice idea that helps you in knowing what needs to be done next. Progress is saved through the use of a password system. Once you have solved the puzzles of a set area, you'll be given a password which you can load when you resume the game later.

If there's a downside to anything within the game, it's that there are a few items that are incredibly hard to see even with the smart cursor, which can result in a small amount of pixel hunting. There are also two puzzles in the second part of the game that require an element of timing. These can be slightly annoying and you may have to attempt them multiple times to get right. 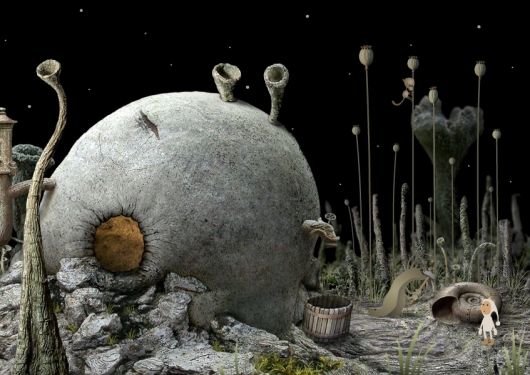 Like Samorost, the sequel is incredibly short. It took me just over two hours to complete the entire game from beginning to end, with the second section taking less than an hour to play through. Some people may feel that after the generous helping offered for free on the website, paying $10 for an even smaller second chapter isn't good value for money. However, when you purchase the game, you are sent a link for a downloadable version, which you can keep on your hard drive without having to play online, fighting Internet slowdowns and risking having the game disappear forever. And if you consider the small purchase price to include the free portions of both games, it's definitely worth forking out for in support of the developers.

Despite the fact that the bulk of the game is free online, and only a small section is unlocked upon purchase, it's incredibly hard not to recommend the commercial version of Samorost 2 to any adventure fan. The world you explore is so enchanting, its creatures so endearing, and its puzzles so full of creativity that other than its short length, the game is incredibly hard to fault. Whether we ever see a next Samorost installment or another game from Amanita Design will depend on the success of this venture, and while no game earns a charity recommendation, Samorost is a worthy series that fully deserves your support based on merit alone. But there's no need to take my word for it. Head on over to the Samorost 2 website and start playing the free version now, along with the original, if you haven't already done so. You'll soon discover for yourselves that the small investment is worth every penny.

Samorost 2 is available at:

A fantastic follow up to the original that is enchanting every step of the way.

GAME INFO Samorost 2 is an adventure game by Amanita Design released in 2005 for Android, iPad, iPhone, Linux, Mac and PC. It has a Photographic, Stylized art style, presented in 2D or 2.5D and is played in a Third-Person perspective.

What our readers think of Samorost 2

3.5 stars out of 5
Average based on 18 ratings
Your rating

So... yes... this game is like Machinarium. But much shorter and more simple. Almost all the puzzles are just pixel hunts, because essentially all you need to do is hit the few hotspots in the... Read the review »

Only if you love Machinarium

There's a genre of games, led by Machinarium, where the interface is frustratingly simple, mindless repetition and pixel hunting are considered legitimate challenge and complete lack of guidance is excused by pretty visuals. If you're... Read the review »