It's about that time of year again -- time for a new Nancy Drew game by Her Interactive. This time, however, the developers have a surprise in store, and we were able to get an early peek at the game at E3. With their latest title, they promise to give some of Nancy's younger fans a little taste of what made this character so popular in the first place.

Over the course of hundreds of books, several movies and TV shows, board games, dolls, and twelve computer games, the Nancy Drew stories throughout the years have been updated and modified to suit the modern age. Now, instead of putting pen to paper in a notebook, Nancy has the kind of electronic notebook that you type on; instead of placing calls through the operator, Nancy has a cell phone. This year, Nancy will be celebrating her 75th birthday, yet somehow she is forever a teenager, and in her latest adventure you will turn back the clock and discover the vintage Nancy Drew.

The game is entitled Secret of the Old Clock, named after the first ever Nancy Drew book. However, the game's plot diverges from that of its source material and actually encompasses different elements from the first four books released in the series combined: The Secret of the Old Clock, The Hidden Staircase, The Bungalow Mystery, and The Mystery at Lilac Inn. Throughout the game, you will be visiting locations taken from these books, such as the Lilac Inn itself. 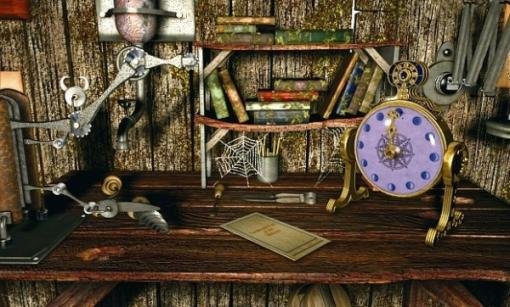 In addition to the old familiar settings, the game will also take place during that time period -- the 1930s. This marks the first time that the series will not be set in present day. Her Interactive has made a great effort to make everything in the game look and sound authentic, and will even incorporate some background elements that reflect the important events taking place at that time, such as the Great Depression. This is a fitting inclusion, considering that Nancy Drew was originally created to help get young girls' minds off of the hard times of the '30s.

The plot of this mystery begins when Nancy is summoned to the Lilac Inn to meet with a friend of a friend -- 17 year-old Emily Crandall. Emily has recently inherited the property from her late mother and has been struggling to keep her head above water with all of the new emotional and financial burdens. Nancy and Emily's mutual friend has asked Nancy to help run things for the time being. Nancy soon becomes curious, however, about why a girl she hardly knows would want her help. She soon finds herself embroiled in a mystery regarding a contested inheritance and an odd old man with several mysterious contraptions to figure out.

As with all Nancy Drew mysteries, there is an assortment of suspicious characters, including a desperate businessman, a shady paranormal expert, and an untrustworthy legal guardian, to name a few of the suspects Nancy will have to consider.

The game promises nothing really new in terms of interface and basic gameplay. However, the old adage "if it ain't broke, don't fix it" holds especially true with this series. Yet while the fundamental elements have remained largely unchanged, the graphics and character models have continued to gradually advance, showing small improvements with each new game. 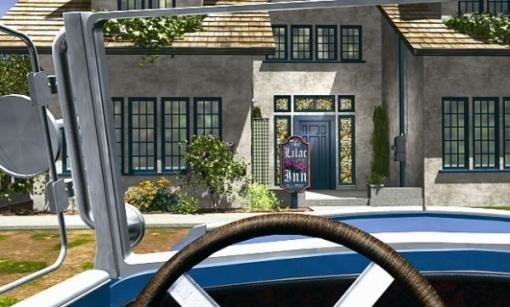 One new feature that has been added is Nancy's roadster, which fans of the original books will be glad to see. With the amount of accidents, vandalism, and speeding tickets that car went through, it felt more like a character in the story than a huge chunk of metal. With the roadster, you will be able to drive around Titusville, exploring the different locations. This is visually represented on the city map that you possess, and you will be able to navigate the car around the streets on the map.

As with the previous installments, there are also several activities to entertain yourself with if you want to take a break from the main mystery. One such diversion that we were able to play in our demonstration was a miniature golf course. This sequence was very easy to control, and I'm sure that many will find this to be a welcome distraction. Some of these kinds of mini-games are necessary to complete the overall adventure, but many are there just to raise the fun factor of the overall gaming experience.

One thing that has always shone throughout the development of this series is the creators' passion for what they are making. They've always been very committed to maintaining the atmosphere and style that the books possessed, and with this latest romp through the 1930s, you can expect the same level of dedication from them. Be sure to check out this title when it is released this summer, and then also be on the look out for the first crossover game between Nancy Drew and the Hardy Boys to be released later this fall!