We get a small commission from any books sold.
All Bitmap Books
Written by
Joe Blessing — April 2, 2005

First person adventures are a scarce commodity in the underground community, and they usually provide a much different experience from the average third-person cartoon game. The Dead City is no exception. As soon as you reach the title screen, you're met with a moody and foreboding piano melody that immediately establishes the dark tone of the game. Did I say dark? I certainly did, as this is one of the darkest, grittiest games--Underground or otherwise--that I have ever played.

The game opens with a comic book-style introduction that is reminiscent of Gabriel Knight or Max Payne (as is the theme song), which sets the stage for your nameless character. Just out of an asylum, where he's been since his one true love was the victim of an apparent ritualistic murder, he only wants to drown out the pain with alcohol and morphine, and to exact justice for the memory of his girlfriend.

In the process of this quest, he'll visit a number of (intentionally) bleak, dismal locations that are all realized in a striking visual style. The level of detail in the graphics, created using the Wintermute engine, is incredible. Intricate shadows creep along the screen with mists rising from the water in one scene, while a sinister church has rays of light riddling the cross in the next. Most of the non-player characters appear as static images amidst highly detailed (and occasionally animated) 2D backgrounds. This technique seems unnatural at first, but they suit the feel of the game so well that they'll grow on as you progress. 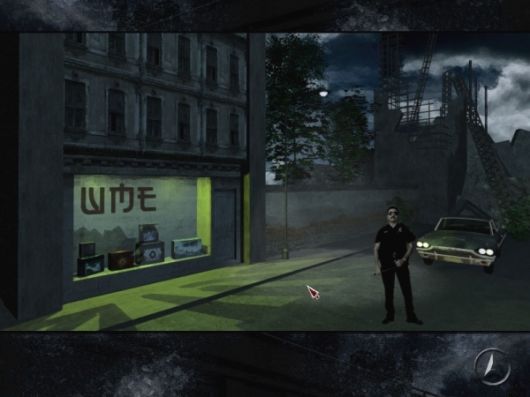 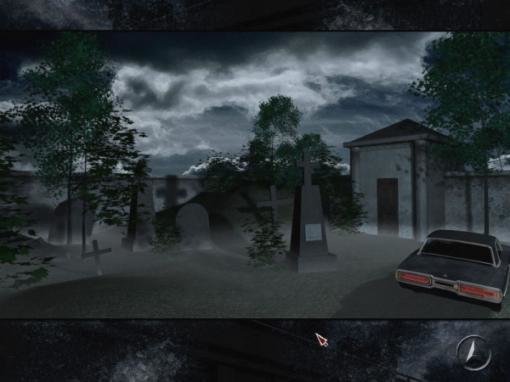 The sound of Dead City also fits the game very well. The sound effects do a good job of mirroring the action, while the music is invaluable in providing a great atmosphere. The creator of the game, who operates under the studio name Nihilis, has used a completely original soundtrack, and the effort shows as each piece is individually tailored to its location.

The interface is a highly-streamlined, two click system similar to Broken Sword, where a left click interacts and a right click examines. This works very well throughout the game and helps to keep the game's challenges to be solving the puzzles, not figuring out how to implement your solution.

One of title's strongest points is the high quality of the puzzles. Too many Underground adventures suffer from ill-conceived puzzles that are thrown in to lengthen game time. Dead City avoids this trap with a mix of inventory and dialogue puzzles that all fall logically into the framework of the story, and should keep you playing for about one and a half hours. 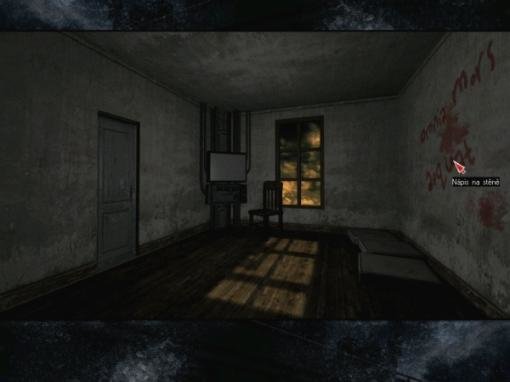 Unfortunately, the story is where the game starts to go downhill. When I first began playing, I found the story intriguing and fresh, but as I continued, the plot became a swirling mess of ritual murders, alternate worlds, and hallucinations. When the conclusion finally came, the character had been reduced to a pawn in a low-grade science fiction story instead of becoming the hardboiled noir avenger that the early scenes of the game seemed to suggest. The game deserves credit, however, for exploring psychological issues of illusion vs. reality and madness vs. sanity in such a grim, unrelenting atmosphere, as this really sets it apart from so many other games. It's an ambitious goal, but the result is a game that loses its way somewhere along the line. The developer admits that a significant amount of the script had to be modified to allow for production, which undoubtedly affected the plot, because as it is, it's a muddy mix of differing themes and unbelievable characters.

If you can look past the confusing storyline, The Dead City is certainly not without merits. Other amateur developers could definitely learn something from the high quality of graphics, sound, and puzzles. The game is worth playing if the premise appeals to you, but it doesn't particularly offer a well-balanced playing experience, so adjust your expectations accordingly. As a conclusion, I'll offer one word: potential. Both the game and the developer show a lot of promise, and while the game was held back by the convoluted narrative, I sincerely hope the developer will learn from his mistakes and make the stellar game I think he's capable of creating.

What our readers think of The Dead City 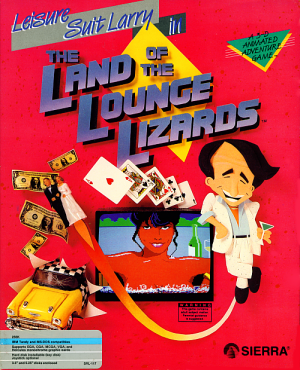 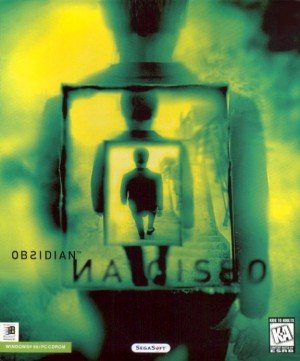