Review for Jack the Ripper

I have, as my mother would say, an “overactive imagination.” As a result, I have set my mind to multiple creative projects over the past few years, including a text adventure game, a novel, a short story, and two traditional adventures (whether I actually finished any of these projects is another topic). When I sat down to begin the design work on each of these projects, I knew what the ending would be. I had the payoff in mind, and I knew from the first pen/keystroke that the goal was to set up that payoff to be as effective as possible. After all, you have to make the reader/player feel like it was worth it in the end.

Having said that, I am absolutely baffled that someone with a working mind sat down with the ending to Jack the Ripper in mind and said, “Yeah, that’ll work.” And thus was a decidedly mediocre game capped off with a despicable, embarrassing ending that nearly wiped my memory of the precious few positive aspects. I’m really not sure what they were thinking.

I’m sure of one thing, though: Galilea’s Jack the Ripper is in no way the future of the genre; it is the past, the empty, unappealing, frigid, unengaging, shoddily designed past, and may we escape from that past as soon as possible. 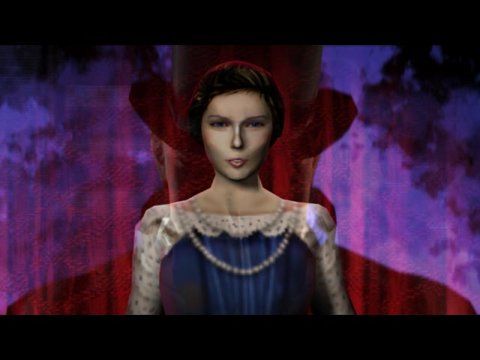 Lest you lump Jack the Ripper in with other traditional first-person adventures of recent years, i.e. The Crystal Key, Schizm, Dark Fall, it is far, far different from any of those. Jack the Ripper is a story-based game – in fact, this is taken to the opposite extreme of frustratingly puzzle-dependent games; there is barely an intellectual challenge posed at any level. The most thinking you’ll have to do is in figuring out the silly map system (which requires you to drag inventory items onto preset pushpins to create visitable locations).

Whether you place a higher priority on story development or puzzling challenge, I think even the most puzzlephobic gamer will find themself disappointed by the lack of intellectual stimulation here. When a story is “on rails” as interactive fiction gamers put it, you at least have to make it fairly clear at all times what the next step is. The Police Quest games are a great example of that. Here, you are FAR too often reduced to simply visiting each location every day and seeing if there’s anything to do there; the logic of the order of events is tenuous at best. What’s so frustrating is the stranglehold of the linearity; you’ll generally find that events must be completed in a certain sequence, even when logic dictates otherwise. One action triggers something at another location, and once that is dealt with, something is triggered elsewhere, and the end effect resembles a game of dominoes much more than a coherent, dynamic story.

The examples of this become more and more frequent as the game progresses, and there are literally more than I could count on both hands. But my favorite comes late in the game (and if you’re determined to slog through this game, you may want to avoid the minor spoilers about to be unleashed): on Day 11, you tell the police sergeant that you know where Jack the Ripper is going to strike tonight. His response is a mocking “Get a picture of him for me tonight!” Which is fine. So you go through the motions of Night 11, and do get said picture of Jack. You’ll be tempted at the start of Day 12 to run back to the police with your photograph of the city’s most prominent murderer, right? But the sergeant just keeps saying “Get a picture of him for me tonight!” I was completely dumbfounded until I found out that you must talk to your editor and show him the picture first in order to “trigger” the police sergeant into Day 12 mode. This is far from an isolated incident, and you’ll find yourself very often confused by the absence of a certain plot element, when really all you’re missing is a trigger event. A moment of silence for logic, please. 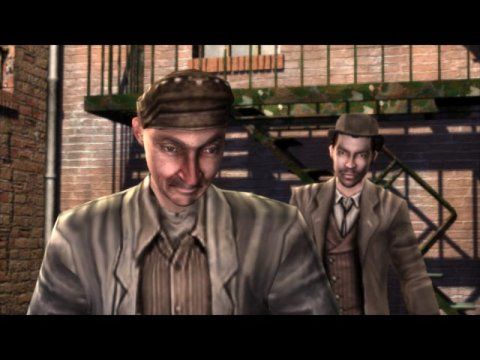 All of this is such a shame, because the story behind this game is actually reasonably compelling. I’m not a Jack the Ripper historian by any means (though my interest in Sherlock Holmes has given me the basic story) and I learned a lot about the famous Whitechapel murders from this game. If I have not much else positive to say about Galilea, I can at least say they put sincere effort into making the game historically accurate. The idea of Jack the Ripper, who was never caught in London, resurfacing in New York thirteen years later is an interesting one. If you step back and just look at the story and the way it progresses through the 12 days and 12 nights of gameplay, without considering the execution, it is a pretty strong story.

Graphically, the game is strong as well. The characters don’t look bad at all, especially when they’re walking around, and there is a nice attention to historical detail. The environments are woefully devoid of any meaningful interactions (and I mean any, the game is full of items you can’t pick up or examine and people you can’t talk to), but at least they’re fairly pleasant to look at. There are also some cutscenes that look very good and add a bit of short-lived suspense. Jack the Ripper is almost totally devoid of music, which is annoying sometimes…but then, when I think of how awful the music in Post Mortem was, maybe it’s a blessing in disguise.

Sadly, all the graphical niceties and story strengths in the world can still equal a monumentally incompetent game. But what’s really amazing about Jack the Ripper is how truly shoddy it feels. The conversation system is a joke; the first two topic options are always “Mission” and “Community” for some reason, and usually the resulting questions have nothing to do with either of those topics. The dialogue subtitles almost never match what’s actually being said on screen; at some points they’re not even synched with the character who’s talking, to say nothing of the deluge of spelling and grammar errors in the subtitles. And as I said before, the constant, enormous logical failings lend to the general air of unprofessionalism. 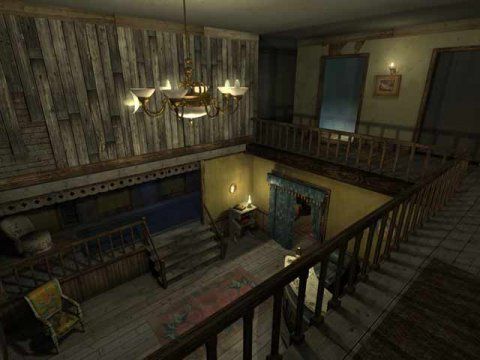 Is it really that hard to throw five people in a room for two days and make them all play through this game? I don’t even know how many times I wondered aloud why beta testing was apparently forbidden, but I promise you my six-year-old nephew would have caught many of the flaws before they made it to store shelves. He certainly would have noticed the main map screen of the "Low Side Dictrict." I’m not trying to nitpick here, I just don’t want to be constantly reminded that no one at the developer actually played through the game to see if anything within made sense first.

And then, there’s the ending. I know, I’m on record as being a consistent detractor of the ending of Monkey Island 2. Let me tell you, I have new respect for it today. My loyal readers will know how much I try to avoid hyperbole, but I feel very validated in saying that Jack the Ripper has the single worst ending in the history of adventure gaming. It’s worse than anticlimactic. It’s worse than a non-ending. It made me really, really regret the 11-13 hours I had spent playing through the game. If there’s one thing you shouldn’t do as a developer, it’s leave the player with such a poor taste.

My journey through the review score of this game is a turbulent one. Through about Day 7, I was preparing to support a three-star review because even though the weaknesses were apparent, I did find the story interesting and the characters mildly engaging, and I put a high priority on those aspects. Reality set in about Day 9 as the logic gaps and ludicrous linearity of the story began to take their toll, and I scaled back to a 2.5 star score. Then, over the last two days, the logic chasms opened up and were so distracting that I almost forgot which game I was reviewing in the first place, and was forced to withdraw my marginal recommendation. 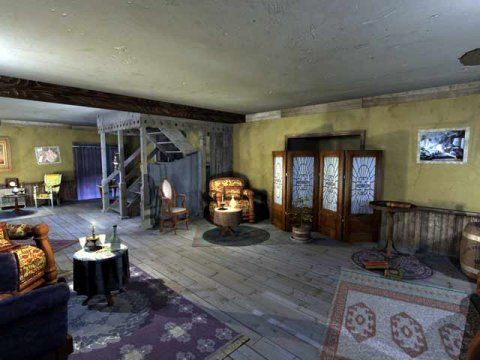 Then, the game ended, and when I had sufficiently shattered every piece of china I could reach, I got out my red pen and wrote “0.5 stars, you rat bastards.” Thankfully, reason prevailed in the end and I decided that my two-star score was correct for the game itself, minus a half-star for the mind-numbing ending.

GameSpot’s user traffic rankings indicate that Jack the Ripper has garnered more attention on their website than any adventure game in years -- which is a true shame. This sort of linear, uninteresting, soulless adventure is emphatically best left in the past, and I hold out hope that we will see some games in the near future with the vibrant life and energy that makes an adventure game, with a compelling and well-developed story, with challenging and inviting exploration. Or at least, with endings that don’t give me an ulcer.

Generally a frustrating and unrewarding game, with the ultimate anti-payoff. I can't even sincerely recommend it to even the most ardent Ripper historian.

GAME INFO Jack the Ripper (2004) is an adventure game by Galilea released in 2004 for PC. It has a Illustrated realism style and is played in a First-Person perspective.