We get a small commission from any books sold.
All Bitmap Books
Written by
Heidi Fournier — January 14, 2004

Mysterious Journey II: Chameleon (MJII) is the sequel to Mysterious Journey: Schizm. In MJII the main character, Sen, awakens after two hundred plus years to find out that he is being held responsible for a war that almost wiped out his world. Not sure if he is guilty, and unsure of what happened to divide his people into two warring tribes, Sen sets out on a mission to discover the truth, and maybe bring back peace to his world.

MJII gets a number of elements right that almost all other adventure games do poorly. For starters, the voice work for the main and supporting characters is always carried out solidly. There is no heavy emoting or strained deliveries that will make you cringe. This is quite the compliment considering that few games excel in this arena. Just listen to the voice work in the Watchmaker to see how badly it can go. The soundtrack, also a success, is a model of restraint: employing wonderful ambient sounds to effect and keeping the music to a minimum in level and use; cleverly employing sound only when it is needed for dramatic effect. You can also play sans soundtrack by changing the game’s settings, if you prefer. Finally, MJII’s graphics are luminous with tons of beautiful environments to explore and cut scenes that flow nicely. Graphics were definitely where the majority of development time on this game was spent. The cut scenes fit in well with the game's environments -- never seeming out of place or given to pixelization.

Dialogue in the game, however, can be a little shaky. It works on most levels and serves the purpose of educating gamers to the back-story, but there are a couple times where the quality of the dialogue, mainly due to the inclusion of clichés, takes away from the atmosphere the game is trying to build. The voice work and the cut scenes are very well done, but they can’t help the inherent weakness of using computer graphics to act out a story. Computer graphics are not built to act; add to this weak dialogue and you get a situation where cut scenes just don’t add a lot of tension. One of the reasons that Full Motion Video was so great in adventure games was that it allowed real people to emotionalize; sadly the CGI characters in this game don’t use the technology to its full extent. A game like Broken Sword 3 has successfully proven that you can deliver great acting with computer graphics, so this is not to say that FMV is better, rather it is a failure to utilize the potential of CGI, because the ability exists. While the cut scenes are meant to drive the narrative, and do to a certain point, having characters with realistic faces that are not able to express emotion is just not going to engross the player the way the story hopes to. Even though cut scenes provide information to fill in the story, and are definitely a nicer way to do this than in Myst (where a player has to scour tons of books), it is also a very difficult way to tell a story. Information is given out very easily and without much work on the part of the player, often to the detriment of building atmosphere and mood in the game environment. 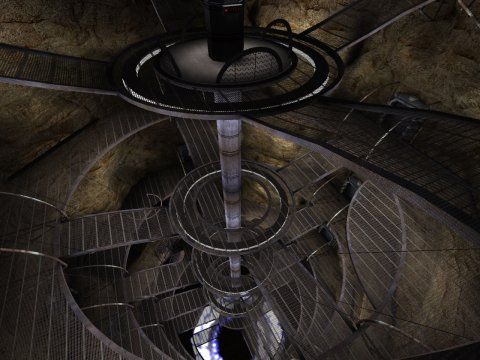 Where the game really hits a stumbling block is in the shortage of different types of puzzles - two electric knob puzzles in one game is not just repetitious, it is lazy. There were also a multitude of mazes, camouflaged as puzzles. Are developers just not capable of thinking outside of the box enough to replace or do away with these? There were three mazes in this game. I have come to expect at least one maze in a game, but three is extreme even by adventure game standards. The first maze, which randomizes upon each error, can take enormous amounts of time and patience to master. By the time I was done I had a whole sheet of paper covered in directions and maps. You don’t even know you are in the second one until you are half way through it and realize you that you have botched it. The third maze was the easiest of the lot, but was also time consuming as it took a great deal of time figuring out how to use the game controls. There was also a lack of diversity in the level of difficulty in the challenges posed by each puzzle; the vast majority of them being very hard and mostly illogical. This was not helped by the fact that information and direction on how to work various puzzles were rarely built into the environment. This meant that a lot of trial and error (and wishful thinking) was necessary before you could ascertain if you were on the right track. A number of the puzzles were also set to reform at random if the player executes them wrong. While this does increase play time it is not a particularly enjoyable way of doing so.

I also ran into some hardware and software glitches when playing MJII. The game really should be played with a 128MB video card. I have a 64MB video card and experienced a number of occasions where the game locked up, as well as one time where the graphics completely disappeared without warning. This also contributed to extremely long load times when moving between gaming environments. Another problem was with the in-game settings; for some reason I could not change either the walking or mouse sensitivity settings. All other settings worked normally, so I have no idea what caused this, nor does The Adventure Company have info on their site explaining if this is a known bug.

This game clocked in for me at about 25-30 hours, which is a decent amount of playing time for the price of this game. However, in all fairness a great deal of that time was directly related to figuring out some of the game’s more difficult and illogical puzzles. The graphics are some of the best I have seen recently and Detalion has used 3D to great effect in the games environments and characters. The voice acting was above par, a nice touch, but the biggest surprise for me was the well-executed soundtrack. Sadly, the largely static emotion of the narrative and the inconsequential nature of the puzzles don’t flesh out the story to great effect, turning this game into just an average game, rather than a great one.

A good game that succeeds in many elements other games don’t, but the game's largely inconsequential puzzles don’t add much to the narrative.

GAME INFO Mysterious Journey II: Chameleon is an adventure game by Detalion released in 2003 for PC. It has a Stylized art style and is played in a First-Person perspective.

What our readers think of Mysterious Journey II 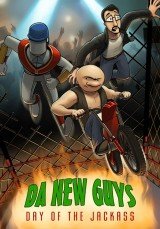