We get a small commission from any books sold.
All Bitmap Books
Written by
Christina Gmiterko — January 20, 2003

There has always been a certain stigma attached to the Nancy Drew series, the belief that they can only be appreciated by fans of the books or pre-teen girls. I can say with confidence that those preconceived notions are a bunch of nonsense. You don't need to be a Nancy Drew aficionado to enjoy these games. All you need to be is a fan of a good mystery.

In Ghost Dogs of Moon Lake, you once again take on the role of the smart and independent super sleuth Nancy Drew. This time she has been summoned by friend Sally MacDougal to investigate Sally’s new cabin on Moon Lake. Ever since Sally moved in she has been terrorized nightly by a pack of viscous wild dogs, trying to force their way into the cabin. Sally, unable to stand the fear any longer, leaves her lakeside retreat and Nancy, unable to resist a good mystery, takes her up on her offer to stay at the cabin and get to the bottom of what is going on. Upon arrival a tree falls across the road that leads from the cabin, effectively trapping Nancy on the lake property. This paves the way for a tense mystery thriller. What at first glance seems to be an open and shut case of a haunting, turns out to have far more to do with reality as Nancy delves deeper into the story.

The interface for this, the seventh Nancy Drew adventure from Her Interactive, remains very simple. Like the previous games, you can turn 360 degrees by moving your magnifying glass cursor to either the left or right hand side of the screen. When something interesting appears on screen, your cursor will highlight red indicating a hot spot. By clicking on it, you can then either read important information, interact with a puzzle, speak with a character or add an item to your inventory. 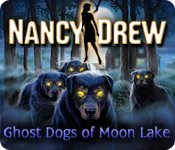 Many of the puzzles are inventory-based; however, there are a few timed puzzles as well. Some gamers detest timed puzzles, but for me, these worked really well in the context of a Nancy Drew mystery. They created a nice sense of tension. A good example is when Nancy is bound in a burning building and you have an allotted amount of time to get out before the building explodes. Yes, you can die in this game, which I did multiple times. But there is a handy 'Second Chance' feature that allows you to start right from where you left off. Also featured is the dreaded scourge of adventure game puzzles--a maze. Thankfully this one isn't quite hair-pull-worthy, as you are given a map to help navigate it. However, after having to go through the maze several times, it became an annoyance.

The pre-rendered backgrounds in this series have always been sound and this installment is no different. Everything is crisp, clear, and well detailed. Inversely, while the background graphics have consistently looked great, the 3D rendered characters you interact with have been through ongoing improvements. What were once very wooden marionettes now move much more fluidly. The range of facial expressions and body gestures have grown, as well as the amount of detail applied to make each character look more unique in his or her own way. While still not perfect, the quality in this area has improved notably.

What has always been the crux of the Nancy Drew series is the voice acting. I can't stress how important it is to have good voice acting in these games since much of your time is spent either interrogating characters, or speaking over the phone. This is an area that the games have never really excelled at, but they are at least making strides to do so as each game gets just a little bit better. Ghost Dogs is certainly the best thus far. Otherwise, sound effects are handled well throughout the game as you are favored with realistic nature sounds such as birds and insects. As for the use of music, aside from the main theme, music is used sparingly. 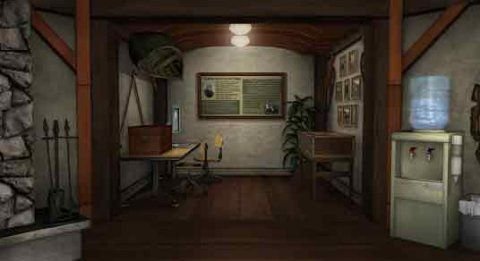 Throughout the progression of the series, modest alterations on a set formula are used from one game to the next. In this outing, Nancy has a PDA to keep track of phone numbers and important notes that she has gleaned throughout her investigation, and to offer suggestions for what should be focused on next (although as I see it, the PDA notes give away too much which should be left up to the player to figure out). Also gone now is the clock that used to reside at the bottom left hand corner of the screen. Time in this game does not move independently as in previous ones. To switch from day to night you simply climb the stairs to your room and an option screen will appear asking if you want to wake up in the a.m. or p.m., as you will need to investigate at both times. And last but not least, Nancy can interact over the phone with Frank and Joe Hardy of the Hardy Boys. The two popular book series' were often linked together, but this is the first time that technique has been employed in one of the games.

The Nancy Drew games continue to be an excellent diversion, providing at least twelve solid hours of entertaining gameplay that can be enjoyed by anyone that calls themselves an adventure gamer. Ghost Dogs of Moon Lake is no exception, incorporating all the positive aspects of the previous games while making some excellent improvements. While not incredibly challenging, the Nancy Drew adventures are a fun way to pass the time, and I anxiously await the release of the eighth installment, The Haunted Carousel, later in 2003!

Short and simple, as all Nancy Drew games are, but still an enjoyable gaming experience.

GAME INFO Nancy Drew: Ghost Dogs of Moon Lake is an adventure game by HeR Interactive released in 2002 for PC. It has a Illustrated realism style and is played in a First-Person perspective. You can download Nancy Drew: Ghost Dogs of Moon Lake from: We get a small commission from any game you buy through these links.
The Good:
The Bad:
The Good:
The Bad:

What our readers think of Nancy Drew: Ghost Dogs of Moon Lake

The first Nancy Drew to introduce the PDA. At last would you say! But unfortunately it comes with wrong balance : the PDA tells you too much, so added to phone calls and other hints,... Read the review »