Secrets of the Luxor

Here’s a strange sort of game that I could write three different reviews for. Secrets of the Luxor is divided into three sections, and the three parts are so profoundly different in tone, ambience, and player enjoyment that I’m a bit puzzled as to how to review the game as a whole.

First things first. In this game you play a present-day archeologist who’s trying to get back into the fabled Luxor pyramid. You’ve already done some exploration down in it, and you’ve made some tantalizing preliminary discoveries. Unfortunately for you, however, your access to the pyramid has been frustrated lately because of military action around the site.

The game begins in your Cairo hotel room, where you await a message from a mysterious man named Dr. Osiris. A character a bit like a cross between L. Ron Hubbard and Attila the Hun, Osiris is a scientist who’s invented a new and popular religion based on old Egyptian beliefs. Is he on your side or not? You don’t know, but you eagerly open up his letter anyway. 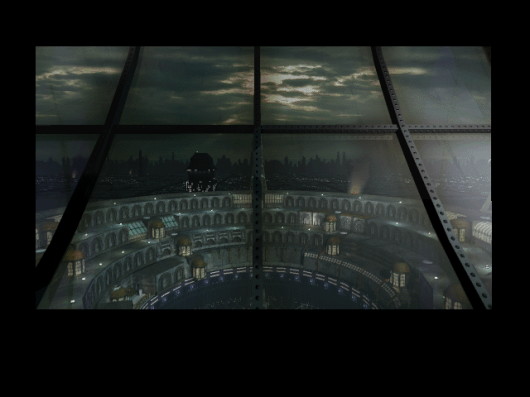 In it is a passcode and keycard to get past the military guards and back into the pyramid. And so your adventure begins!

If all I reviewed was the first third of this game, I would put it on my top ten list of adventure games. This is the game you’ve been waiting for if you want to play Indiana Jones and really have the experience of creeping around a dangerous, unpredictable, and mysterious old Egyptian tomb. If you can imagine Myst in ancient Egypt with tons of hilarious ways to die, you’re getting close to the idea.

I also must say that this game has the most entertainingly funny manual I’ve ever encountered. 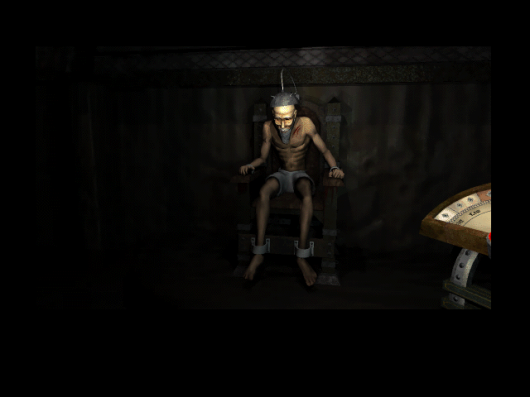 During the first level of the game you have to solve a series of interconnected puzzles, gradually opening up a dozen spectacularly beautiful rooms far beneath the pyramid. This part of the game was simply pure joy.

The puzzles are quite challenging, and are mainly mechanical and translational in nature. For an experienced gamer, the challenge level may be just about right. And I’ve never played a game with as many amusing ways to die, complete with appropriately gross sound effects! In fact, there is even a way to die (which I will not spoil) before leaving your hotel room!

After fully opening up the tomb area, you move on into the Crypto-Egypt area, and the game marks an abrupt change in tone. In the twinkling of an eye, you realize you’ve gone from playing a game about ancient Egypt to a science fiction game! Now, I like science fiction games a lot, but I don’g pick up a game with a name like Secrets of the Luxor if I feel like playing Cydonia or Rama. I found myself wandering around rooms that looked like space ship command bridges and thinking, "Wasn’t this game called Secrets of the LUXOR?" 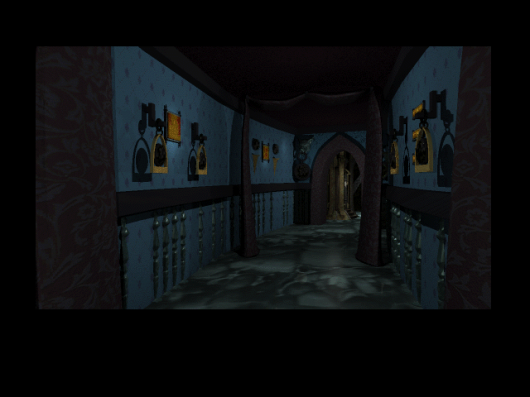 This second level is also beautiful, it must be said, and also consists of a series of tricky puzzles that gradually open new rooms up. However, by this point you’re feeling a bit like you’ve missed some important information from the backstory. What’s going on? You wonder. Ah, aliens in ancient Egypt. Interesting concept, I guess. But if you play through Part II of this game expecting to eventually be rewarded with answers, you’re in for a big disapointment.

If level two was odd an offputting, level three is a real trial. You’ve been catapulted 300 years into the future (don’t ask), and you find yourself in the middle of a huge round fortress that consist of several concentric rings that can be rotated independently from one another. Most of this level consists of solving the devilishly difficult problem of spinning the rings in the right manner so that you can get to the center of the fortress. 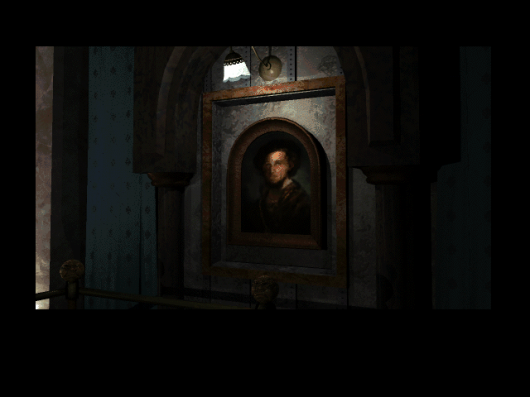 The challenge was difficult, and entertaining to a degree. But I kept wondering what had happened to the story. Finally, after solving the maze and the relatively easy puzzles that followed, you’re abruptly thrown into the endgame. In the endgame you meet the evil Dr. Osiris, and he babbles on about a plot to blow up the sun, and I found myself thinking, "Why are you talking to me as if I’ve actually had a story to follow?" What was worse, the problem to be solved in the endgame was ridiculously easy, and the game then came to an abrupt end. Sure, the final cinematic sequence was impressive and beautiful, but it didn’t mean anything.

Now, don’t get me wrong. I’m not saying that all adventure games need to have a strong story. But it’s a big mistake to make a game that depends so heavily on a story that never gets delivered.

Recommended for its spectacular Egypt section and tough, chewy puzzles throughout.

GAME INFO Secrets of the Luxor is an adventure game by Mojave released in 1996 for Mac and PC. It has a Illustrated realism style and is played in a First-Person perspective.

What our readers think of Secrets of Luxor