Titanic: Adventure out of Time review

In Titanic the gamer assumes the character of a disgraced and downtrodden spy whose destiny was sealed years ago aboard the ill-fated Titanic. During a bombing raid in World War 2 you are given the chance to go back in time and put things right, but can you erase the past? Eager not to repeat your past failures you are met in your cabin by Smethells your steward. In a clever move CyberFlix uses Smethells to give you a map of the ship, explain routine commands for the game and impart tips for interacting within the game. Once armed with your map and watch you enter the Titanic ready and eager to begin your mission.

Titanic begins by having the player move about the ship in a first person perspective but intercuts this with third person scenes of the ship sailing and ultimately sinking (yes, she sinks, there is nothing you do to stop that). Movement in the game is keyboard controlled and sadly restricted to forward, backward, left and right, which is a pity with the gorgeous environments CyberFlix has meticulously recreated. Once in a while the player can move in a diagonal direction but this is the exception not the rule. However, the map provided to you by Smethells is very handy and helps you jump from deck to deck on the ship, expediting laborious backtracking. Though not every part of the ship can be accessed (sure to be a big disappointment to Titanic aficionados) you soon can find your way around the ship with a minimum of confusion. However, at first the sheer size of the Titanic can be tricky to navigate so if you get lost just ask the helpful lift attendant who is always more than happy to guide you to any part of the ship.

By now anyone who has caught an episode of the coverage of the "recovery" of artifacts from the Titanic on the Discovery channel has had a chance to get a look at the environments of this game. They have been used extensively over the past year and a half in TV specials on the ship. But if you haven’t, let me assure you they are incredible. The team behind the game spent two years researching every nook and cranny of the ship and has spared no expense in creating the most stunningly accurate model of the ship to date. The carpets, dishes in the café, and gymnasium equipment have all been faithfully recreated as they looked. Such attention to detail is what marks this game as a true standout. There is much written about the how detailed and immersive games today look and feel, but playing Titanic is like experiencing a little bit of history first hand. When you consider that a large majority of players will be true Titanic buffs this attention to detail is all important, these are the people who will notice if the pattern on the carpet is wrong. For the regular player it means a chance to experience something that hasn’t existed in over eighty years. 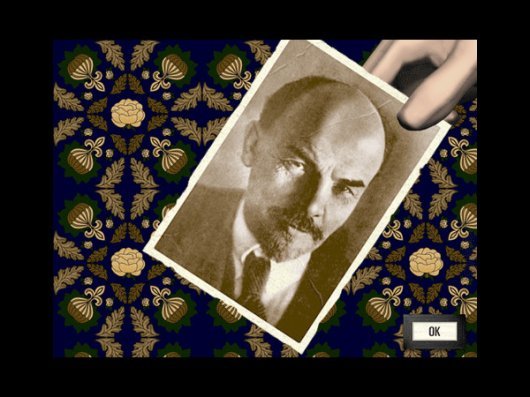 I don’t think I would call this Titanic a puzzle adventure game. It is more a pure adventure, where the name of the game is to explore your environment, interact with the other passengers and piece together your next move based on the information you have dug up. None of which is really very difficult but is always interesting as Titanic’s passengers all seem to be involved in one scheme or another. The majority of tasks you character has to perform are quite logical. If you listen closely to conversations, execute tasks given to you and sort out the odd mechanical malfunction you will find yourself in the right place at the right time. This is not to say that the game doesn’t offer the player a challenge but for more experienced gamers they will move easily through these obstacles. However, to make things more intriguing a number of the conversations have to be executed correctly to get needed information and the game has multiple ending so if you don’t have all the items you needed you could be finding yourself changing the course of history or going to a watery grave.

"My name is Heidi, and I am a Titanic Addict." That unpleasantness aside, I can say the success of this game is not wholly due to the fact that Jim Cameron’s movie broke box office records and sent millions of screaming girls into Leomania. Rather I think this game would have done well on its own. It is an entertaining game that gives those with no interest in the Titanic a chance to experience a bit of history first hand as they explore the wonderful 3-D environments. However, I don’t think that without the Titanic fervour created by the movie the game would have placed in the top ten best selling games of the year. I found the subplots of the game engrossing and the exploration of the ship fascinating but for hard core gamers the challenges the game imparts will seem watered down (I couldn’t resist). For newer players and Titanic buffs the game is an authentic and fun romp with more than enough to do and see to satisfy.

Engrossing subplots, fascinating exploration of the ship, some overly simple puzzles but all in all First class entertainment.

What our readers think of Titanic: Adventure out of Time