Lighthouse: The Dark Being review 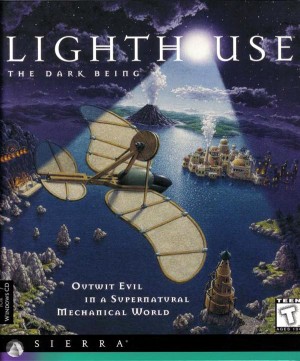 There are certain things in this world that just the sight of conjure up strong emotions. Lighthouses are one of those things. Lighthouses seem to invoke a kind of mystery that few things do. It’s a wonderful premise for a game but one the designers don’t base their whole story on. They build an interesting story into the game that only begins with a Lighthouse.

When this game came out it was probably dismissed by many as a myst-clone and nothing more. It is easy to understand why, Lighthouse is played from a first-person perspective, there is little character interaction and you quickly become lost in a foreign land with only your wits and a few inventory items to help you. However, I think this game is worth a second look.

Lighthouse starts out very strong. You receive a message from a friend, Dr. Kriek, who lives in an old converted lighthouse. He has to leave immediately on some important business and needs you to come and look after his baby daughter. Once at the lighthouse a little sleuthing quickly reveals that the Doctor has been doing some strange research and has encountered a odd being from another dimension. Before you can piece everything together you see the creature described in Dr. Kriek’s journal grab the baby and jump through a multi-dimensional portal. 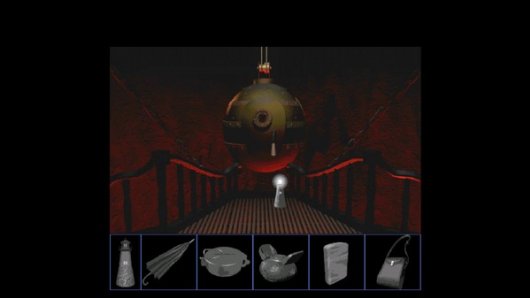 Once across this portal you will encounter a deranged mechanical bird, learn how to use a bat whistle, explore a shipwreck, ride a submarine, and more. Sounds exciting, doesn’t it? It is. I had so much fun playing this game I felt sure it would become one of those games you add to your "My Favourites" list. It has everything going for it, a great plot, nicely integrated puzzles and challenges, a solid sound track that is never obtrusive or repetitive, and some beautifully rendered graphics. Then I hit the maze.

Let me clarify here that I have never cared whether a game has a maze or not. But this one takes up almost a quarter of game play! All those good feelings I had going, the triumphant feeling I had been nursing through the earlier part of the game quickly disappeared and frustration set in.

Although the maze was my main gripe the game has two other glitches. The firs is the interface which is a basic point and click set-up, however, the pointer is a light grey and lights up when it crosses a hotspot. The problem is the highlighted icon and the normal icon look almost exactly the same. It is extremely difficult to differentiate between the two. The longer you play the easier it becomes to tell the difference but there are some important items you need to pick-up at the beginning of the game. If you miss these it will seriously impede your progress later on. And they are easy to pass over in the beginning when you are just getting the hang of the interface. 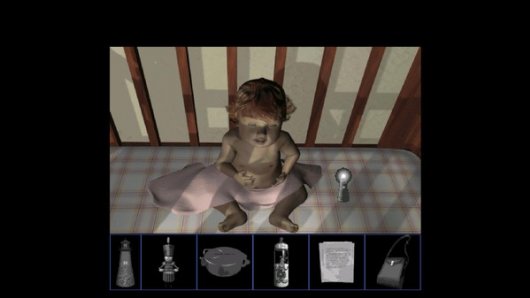 The second glitch is that the game needs a patch. The patch has to be installed before you start playing or you won’t be able to save your game. You can download it from Sierra’s web-site as well as hint system for the game that the original release didn’t include.

I have to say that despite the maze, Lighthouse is a great game that is a lot of fun. I really enjoyed it and would recommend it to anyone who is looking for a good game. However, if you detest mazes steer clear, this is not the game for you. As an older game you should be able to pick up Lighthouse at a reasonable rate (10-20 US) which for the length of this game, the puzzles involved, story and graphics is a solid deal.

Entertaining and beguiling game, however, if you hate mazes steer clear.

What our readers think of Lighthouse: The Dark Being