The Dig, a much-delayed 1995 Lucasarts adventure game inspired by Steven Spielberg, deals with a concept that Americans have become fascinated with: the existence of aliens. Television shows like X-Files and movies like Contact have made us think more and more about whether there is intelligent life on other planets.

The Dig begins with a plot that may seem familiar to recent movie-goers. A meteor is hurling towards the earth threatening to destroy it. Commander Boston Low is sent with a team of four specialists to plant explosives on the rock and halt its destructive course.

Here the game begins. The first five minutes will find you doing the menial labor of digging and planting the explosives on the asteroid. Once you've accomplished your mission, though, the adventure is just beginning. 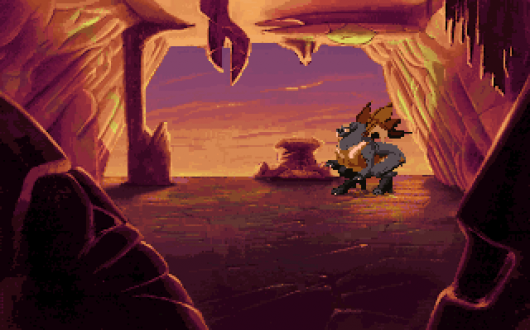 Below the surface of the asteroid, you discover an odd group of shapes that fit together perfectly, and before anyone realizes what's happening the team of three is rocketed light years away to another world, leaving their two teammates on the shuttle behind them.

Now, as Boston Low, you must explore this strange world and learn what you can about the aliens that live here. And most importantly, you've got to find your way home!

The Dig is a lot more reminiscent of Myst than any other Lucasarts adventure. Besides your two team members who you will not run into often, it's just you and the unknown aliens on this planet. Most of your time will be spent exploring and solving puzzles. This may get annoying after a while, and some with short attention spans may not find the desire to complete this game. 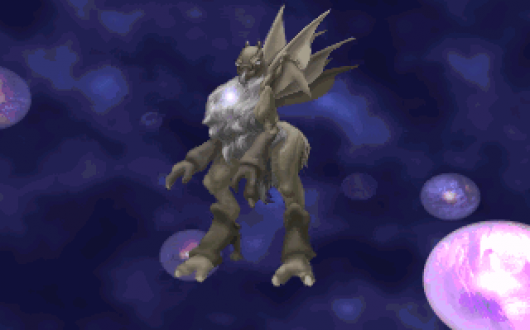 It doesn't help that the puzzles themselves are very Myst-like and often very difficult to solve. You'll probably find yourself consulting a walkthrough much more than you would for any other Lucasarts game. The length of the game is decent, but it's just a little too difficult.

This game was originally scheduled for release in 1993 and delayed until the holiday season in 1995. Unfortunately, the graphics still look like a 1993 game's. There is some incredible animation and cut scenes done by Industrial Light & Magic, but the gameplay graphics pale in comparison to other Lucasarts games of the same time period.

By far the best part of the game is the majestic cinematic quality of the background score. The sound effects are also very well done. The voice acting is pretty mediocre, though. Robert Patrick sounds right as the voice of Boston Low, but he just doesn't get the necessary emotion in some very emotional scenes. 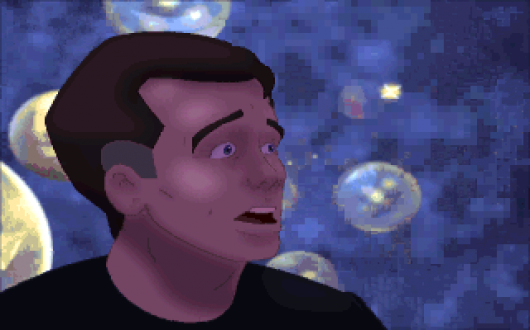 Noted science fiction author Orson Scott Card scripted the game, but at many times you have to wonder how this guy has won awards. The dialogue is relentlessly cheesy and cliched, and the characters just sound incredibly stupid sometimes. Lucasarts has proven very adept at writing humorous dialogue, but their first attempt to write a serious drama that deals with some heavy issues falls flat.

The storyline is certainly interesting and the game manages to inject a lot of suspense, but too often the suspense is squashed by another inane puzzle. 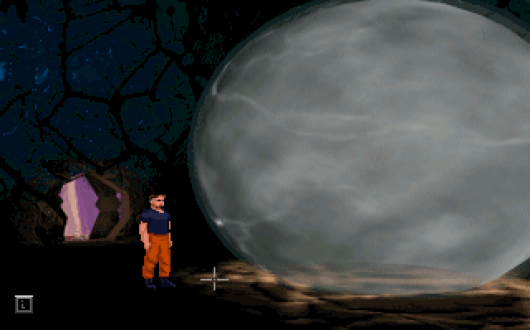 I can't call the Dig a bad game; it would be a highlight of many other companies' rosters. It sounds like I'm tearing it apart because I expect so much more from Lucasarts, a company that has produced five or six of the ten best adventure games ever. In comparison to the average adventure game these days, the Dig would probably be considered a good game. But amidst games like Day of the Tentacle, Fate of Atlantis, and Grim Fandango, The Dig is the low point of the Lucasarts roster.

I can recommend the game to science fiction fans and those who enjoyed Myst, but to the average adventure gamer, you can definitely do a lot better.

The Dig is available at:

Sci-fi fans and Myst addicts might enjoy, but the average adventure gamer can do quite a bit better.

GAME INFO The Dig is an adventure game by LucasArts released in 1995 for Mac and PC. It has a Illustrated realism style and is played in a Third-Person perspective.

What our readers think of The Dig

Another of my early adventure conquests. Very intriguing story. A somewhat forgotten gem. Read the review »

The Dig: An underratted gem

This game may be shorter than some of the adventure games out there, but it does have pretty good length and substance for an adventure game. The story is really engrossing, it has good voice... Read the review »

One of the best ever

The Dig is, for sure, one of the best point and click adventures I've ever played in my whole life. And I assure you, people: I've played a huge lot of them in my life.... Read the review »